This week the results of study by Plymouth University were published.  Academics found that it was ‘common practice’ for children to become desensitised to sexual images after accessing hard core material at an early age.  They found that some young people are becoming ‘hooked’ on online pornography even before they become sexually active, leading to problems later in life.

The problem would appear to be endemic with some children saying that they first watched pornography ‘aged 11 or 12’.  One 14 year old pupil told researchers that he couldn’t “believe there was anyone in his year who hadn’t seen it.”

Let’s be in no doubt that we are not talking about soft-focus smut and come-hither glances.  The pornography which our children are able to reach with just a few clicks of a mouse is hard-core, dehumanising, debasing and often violent.

For years we have been peddled the lie that pornography is harmless fun.  The results of this research show that this is just not the case.  One third of young adults are experiencing relationship problems because of what they have seen online.  As a Relate spokesperson said, pornography distorts their views of what “a normal sex life could and should be like.”

As a society, we have failed to face up to the effects of pornography and it is our children who have become the casualties.

Later this year the outcome of the recent consultation into protecting children online will be announced.  It is to be hoped that commercial interests or mis-advised concerns about censorship do not prevent the Government taking a stand to ensure that children are adequately protected from the poisonous effects of pornography.  We can no longer afford to ignore the urgency of this issue and we must act now before a further generation pays the price.
Posted by Mediawatch-UK at 08:57 1 comment:

Protecting children in a digital world 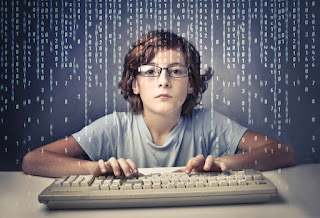 A report published recently found that British children aged between nine and 16 spend over 100 minutes each day on the internet.

The researchers from LSE who carried out the study also found that half of UK children go online using a mobile device which, they noted, put ‘them in the vanguard of new risks associated with personal internet access and, equally, making protective oversight by their parents more difficult.’

This information comes just a week after another survey revealed that parents are increasingly worried about their children accessing potentially harmful material on mobile phones. Although mobile networks do automatically block access to adult content on their own networks modern devices with a wi-fi capability mean that children could still potentially access such material unless further filters are installed.

This is of great concern as by the age of 13 nearly all children in the UK own a mobile phone yet almost a third of parents are unaware of safety tools which can help to protect their children.

We are awaiting the outcome of the Government’s recent consultation into online safety and it is to be hoped that a default block on harmful material unless users specifically opt in to view it, will be recommended. We think this will offer children the most protection but, in the meantime, it is vital that parents engage with online safety issues.

It is not enough to trust websites to have policies in place to protect children. Earlier this year the sexualised content routinely found on the children’s social network Habbo Hotel was exposed. John Carr of the UK Council for Child Internet Safety has said that he believes self-regulation of social networking sites to be ‘a big con’.

He suggests that online brands should be more closely regulated by external organisations such as Ofcom or legislation should be introduced to force companies to adopt online safety guidelines.

This is an important issue; although Facebook and most other social networks require children to be a least 13 years old before they sign up, 28% of nine and 10 years olds have an online profile. We cannot afford to take risks with their future.

Posted by Mediawatch-UK at 08:34 No comments:

Who is raising our children? 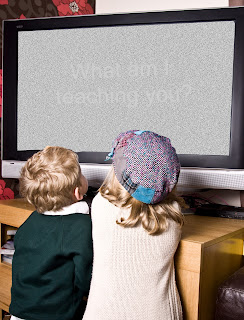 The news over the last few days has been full of discussion about whether Barack Obama or Mitt Romney ‘won’ the first of the televised debates of the American presidential election.  With the result of the election still seen as being ‘too close to call’ both candidates were hopeful that their performances, and subsequent media coverage, would win over undecided voters.  The presidential candidates, and their election machinery, are in no doubt as to the power of the media to influence views and behaviour.

The power of the media to affect behaviour should certainly come as no surprise to us.  From supermarkets selling out of cranberries when Delia Smith used them on television to the drama Mad Men bringing the styles of the 1960s back into fashion, the media helps to create and reinforce our outlook on life.

And yet, despite this undoubted power of the media, for many years broadcasters have justified their more questionable output, telling us that what they produce is entertainment and has no effect on those who consume it.  Whenever I see such claims I am reminded that it was not that many years ago that cigarette manufacturers were also denying that their products could harm consumers.

Of course, like many powerful forces, the ability of the media to influence behaviour can be used to both good and ill effect; in the last few days more women have found the courage to report the abuse they suffered during their childhoods since media reports of allegations that Jimmy Savile abused teenagers during the 1970s and 80s.

But the effects can also be negative, and society ignores this reality at its peril.  Repeated exposure to extreme and negative behaviour, whether violent or sexual, can shape and reinforce attitudes and behaviour.  As children we learn to make sense of the world and develop our response to it by observing the behaviour of those around us.   The current generation of children are the first to be raised who have almost unlimited access to a diet of extreme violence and pornography via both television and the internet.

As a society we are conducting a huge experiment on our children and the long term effects are barely beginning to be understood.  Taking the cigarette analogy one step further we are currently allowing our children to smoke 40 Woodbines a day whilst turning a deaf ear to the chesty coughs.   We want to protect our children’s health and to get society to ‘wake up’ to the powerful influence that the media is having on the way children perceive the world and treat themselves and those around them.

This is why our campaign for a responsible media has never been more important.

Vivienne Pattison
Director
Posted by Mediawatch-UK at 03:20 No comments: