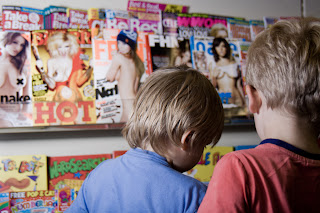 The Front Page campaign has just launched a new petition calling on politicians to tackle the problem of inappropriate displays of sexually explicit material.  Of themselves, petitions don’t usually ‘solve’ the problem but they are important because they show the strength of public opinion and they can often raise issues for debate.
This petition argues that explicit displays can cause children confusion and distress and give them a false view of adult relationships.  MPs are called upon to introduce and enforce measures to ensure that such material is not displayed at child-eye height, with children’s publication or without an opaque sleeve.  It also calls for age ratings, like the ones assigned to cinema films and DVDs, to be applied to magazines.
If you would like to sign the petition you can download a copy to sign here.
Posted by Mediawatch-UK at 08:43 No comments: 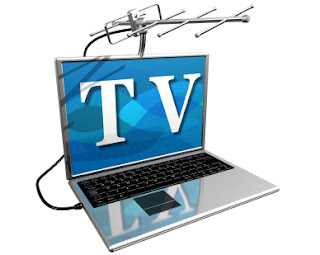 The Westminster Media Forum is an opportunity for policy makers and government agencies to meet with key players in the media industry, academics and interest groups.  The subject under discussion at the most recent event was video on demand, catch-up and online TV.
The debate ranged from how television and the internet might look in the future to the economics of video-on-demand (VOD) technology.  Other topics discussed included how consumers might pay for new technology and how advertising might best work.
The Director of Mediawatch-UK was a panellist and she spoke about our concern that children are easily able to access post-watershed content on broadcasters’ VOD sites and called for greater protection from potentially harmful material.  It is bizarre that broadcasters are, quite rightly, unable to broadcast certain material ‘on air’ until after the watershed but are quite free to broadcast the same material over the internet at any time without there being adequate protection mechanisms in place.
One of the suggestions she made was that post-watershed material should only be available to viewers who had been subject to a more rigorous age-verification check than the current tick box system on offer.  She suggested a PIN number which could be provided by the viewer’s internet service provider, telephone company or the TV licensing body each of which need to paid for, in the vast majority of cases, by an adult.
Much discussion then ensued on the financial cost to the industry of such a system.  Unsurprisingly, there appeared to be little appetite from the industry to incur costs on a system of this kind.  It is our opinion that meaningful child protection should always come before profit.  We believe that there are feasible steps that can and should be taken by broadcasters to control access to post-watershed material by children.  Money should not be the overriding factor when our children are at risk.
Another delegate said that there were far worse things to worry about on the internet than VOD sites.  This may indeed be true, however, that is not a reason to ignore this problem.
We are very pleased to be able to speak about our concerns at this level and introduce another dimension into industry discussions on VOD.  Already we’re in dialogue with a number of delegates about ways in which the issues we raised could be addressed.
Posted by Mediawatch-UK at 07:24 No comments:

Violence on screen - is it worth the risk? 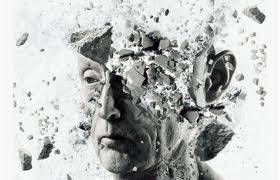 The final instalment of the horror franchise Saw has topped the box office in its opening weekend.
Saw 3D is the seventh film in the ultra-violent series which has been described as ‘torture porn’.  Earlier this year the franchise was named the most successful horror series of all time.
Saw 3D has been classified by the BBFC as suitable viewing for people over the age of 18.   Once a film has been passed by the BBFC with an 18 certificate it is then able to be shown on television in due course.  We are concerned that once this film is shown on television (as previous films in the franchise have been) it will be very easy for children to access - particularly on video-on-demand services such as iplayer, itvplayer and 4OD.  Ofcom research shows that fewer than a third of parents use the password protected services available to screen what their children have access to.
We can no longer ignore the fact that what viewers see on screen has an effect.  Even the Government recognises this and is reported to be asking the producers of soap operas to include safe sex messages in their programmes.  There are numerous studies linking exposure to violence in the media with violent behaviour.
If drug companies now have to pass the most stringent test to show their products don't harm even the smallest proportion of takers, should violence on the screen be any different?
Bearing in mind the cost to society, and the misery of the victims of violent behaviour, if there is the slightest possibility that media violence can cause harm is this worth the risk in the interests of entertainment?
Posted by Mediawatch-UK at 09:33 No comments: