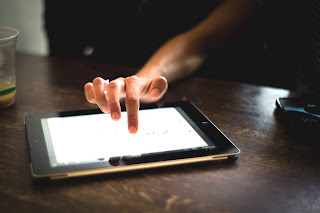 This week it was announced that Ofcom had fined Playboy £100,000 because it had offered hardcore pornographic films online that could easily be accessed by children.

All that stood between children and explicit content was a tick box in which the user confirmed they were over 18; a system open to abuse from much younger children.  More explicit material was available with just a debit card despite the fact that such cards are readily available to under-18s.

That Ofcom has fined Playboy for its failure to protect children and is taking age verification seriously is excellent news.

Age verification is very important.  Industry has a role to play in protecting children and there are measures that can and should be taken to ensure this happens.

The online gambling industry is a good example of this; prior to 2005 there was plenty of evidence that children were managing to gamble despite being under age.  The Gambling Act 2005 specifically regulated online gambling for the first time and providers were required to verify the ages of their customers by, for example, checking credit ratings and inclusion in the electoral roll.  This all but eradicated underage online gambling and is a system that should be used to protect children in other areas.

When last summer’s consultation into protecting children online was launched the government was criticised for not explicitly referring to age verification measures.  The issue was raised in the House of Lords second reading debate of Baroness Howe’s Online Safety Bill.  Peers noted that age verification worked in the case of online gambling and called for robust government action to ensure that the industry acts on this responsibly.  They were particularly concerned that there is currently no level platform of what is or isn’t acceptable as each provider works on their own.

This was summed up in the speech by Lord Bishop of Norwich who said “…we are very protective of the bodies of the young, with the exception of the eyes.”

As a result of this debate the Prime Minister has specifically addressed the issue.  Announcing the appointment of Claire Perry MP as his advisor on reversing the sexualistion of childhood he said “…providers need to work to verify the age of the person…”, Mrs Perry added “…if you have proper age verification systems, then I think this new system will put us a long way ahead of the rest of the world.”

We have raised the issue of ineffective age verification in the past – particularly in relation to video-on-demand broadcasts.  This new ruling from Ofcom sends a clear message that providers can no longer hide behind crude and outdated verification methods.

There will very likely be a cost implication in introducing adequate protection but concerns about this cannot be allowed to outweigh the introduction of meaningful measures to prevent damage to children.
Posted by Mediawatch-UK at 05:46 No comments: