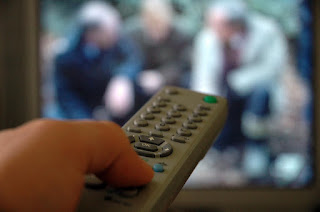 However, at the risk of becoming a hostage to fortune, one of the programmes does look very interesting:

In his film Mr Daubney sets out to understand the reality of the pornography today’s young people are consuming because it’s free and an unregulated click away.  He also investigates what effect it has on their malleable brains and the ways in which they relate to each other.

Mr Daubney has written a moving article about his experience of making the film in the Daily Mail which we commend to you.  He says:

The reward centre of the brain is fully developed by the time we're teenagers, but the part of the brain that regulates our urges - the pre-frontal cortex - isn't fully developed until our mid-20s. The brains of teenagers are not wired to say ‘stop’; they are wired to want more. The implications of this study are profoundly troubling.

“Could it even have a wider impact on their lives, blighting their ability to function in the world, get good qualifications and jobs?”

In the words of Martin Daubney: “Like many parents, I fear that my boy's childhood could be taken away by pornography. So we have to fight back.”
Posted by Mediawatch-UK at 08:16 1 comment:

Online conduct is just as damaging as online content 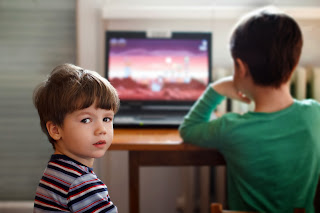 It has recently been reported that ATVOD, the video services regulator, will be meeting with financial organisations to discuss the blocking of payments to websites which fail to stop children accessing online pornography.

This proposal is intended to target the growing exposure of children to hard-core pornography which, although legal, is highly explicit.  Some websites require users wishing to access this material to verify their age but many others offer free unrestricted access and these are the sites, many of which are hosted overseas,  which the new regulations seek to target.

ATVOD report that the financial services firms have been given a “very positive response” to the proposal.  Credit card companies already monitor illegal pornographic websites and liaise with CEOP and the Internet Watch Foundation but this will be the first time that banks and credit card companies have been asked to police legal material.

It hoped a voluntary deal can be reached but government sources have indicated that Ministers would be prepared to consider legislation if necessary.  Ministers are also backing efforts to encourage the internet industry to develop ways of verifying the age of individuals viewing websites.

This is very exciting news and we are really delighted that the government continues to make online child protection a priority.  This proposal, along with the recent ‘default-on’ measures will make a real difference to children’s accesses to potentially harmful content.

Also in the news are reports that cyber-blackmailers are abusing hundreds of children in the UK.   Abusers posing online as children talk victims into sexual acts or sharing of images, then threaten to send pictures to the child's family and friends.  Occasionally the demands are financial but more often victims are forced into ever more disturbing sexual activity or self-harm.

This is, of course, illegal and is a police matter.  It is some small consolation that a group of men are about to stand trial in an undisclosed, non-European country for inciting children to commit abusive sexual acts. But the numbers involved in that single operation are a horrifying insight into the scale of the problem: of the 490 children targeted worldwide some 322 were blackmailed, 96 of whom were in Britain.  And the same vast geographic reach of the exploitation that makes it so peculiarly disturbing also makes it difficult to police.

There is still much to be done to help children both identify the dangers and disentangle themselves if they become embroiled in a situation beyond their control.  Criminal exploitation is not the only online problem in need of a remedy; cyberbullying that sees children abusing and victimising each other can be just as devastating in its effect as illustrated by the sad case of Hannah Smith who killed herself in August following abuse on question-and-answer site Ask.fm

Social media sites can, and must, do more but there is a desperate need for education.  That means better-informed parents and schools tackling the subject formally.

We are delighted that the work we are doing with The Children and Families Media Education Trust has an important role to play in this.  Our work with parents and in schools will help to make a difference.  We have to teach children that the ‘stranger danger’ message is just as applicable online as it in the street.   They must be taught that, no matter what, there are adults who can help them and they must also learn that online bullying is as unacceptable and destructive as its offline counterpart.

If you, or anyone you know, has experience of online abuse then The Culture, Media and Sport Select Committee would be interested in hearing from you as part of its inquiry into online safety.  The Committee is seeking evidence and opinions on preventing abusive or threatening comments on social media.  Your thoughts would be much valued and you can find out more here.
Posted by Mediawatch-UK at 05:04 No comments:

A victory for parents 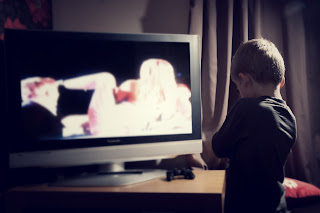 In the past we have been vocal about the way in which television programmes aimed at family audiences have featured increasingly sexualised content.  Over the past few years we have seen a contestants stripping and lap dancing on Saturday evening talent shows and, on each occasion, the programme would be cleared by Ofcom of breaching the Broadcasting Code which is in place to protect children from unsuitable material.


Over the past year we have written expressing our concern to the programmes, the regulator and the Prime Minister’s special advisor on preventing the sexualisation of childhood.


We have pointed out that television programmes which are marketed at children yet contain explicit material are making a significant contribution to the culture in which children are becoming increasingly sexualised.  We am delighted to report that finally our concerns have been noted.


This week Ofcom at last rebuked ITV for showing nudity before the watershed in one of its flagship reality shows.  The regulator found that ITV had crossed a ‘clear line’ when it showed a burlesque dancer’s naked bottom before the watershed.  Ofcom said the scenes were seen by a ‘significant child audience’ and concluded the episode breached its code, which states: ‘Children must…be protected by appropriate scheduling from material that is unsuitable’.


As our Director, Vivienne Pattison, told the Daily Mail this week, ‘it is a victory for parents who are concerned about what their children are being exposed to before the watershed. Finally we have a clear signal that it has got to stop.’


We are delighted that this judgement has now been made and we hope that, should further similar breaches occur, Ofcom will not hesitate to fine broadcasters.  This is not just about a bare bottom on television – however undesirable that may be in a programme aimed at children.


Ofcom’s decision follows the Government’s announcement of measures to protect children from pornography and the Co-op’s decision not to carry material with sexualised cover images.  There is still much to be done but we sense a sea-change in public attitudes and that can only be a good thing.
Posted by Mediawatch-UK at 07:59 No comments: