Narrow defeat in the Lords: The Fight goes on

Thank you for taking the time last weekend to use our campaign website, Safeonline.org.uk to contact a peer and encourage them to support Baroness Howe’s amendment to the government’s Children and Families Bill.  Lady Howe’s amendment required all ISPs and mobile phone operators to provide their customers a service free of adult content unless they opted in to receive it and made provision for robust age verification to guard against abuse of the system.

So many of you responded that we estimate every peer received at least one email of encouragement.

Sadly the amendment was not carried with 118 peers voting for it with 153 voting against.

We always knew that an early vote would be crucial to the success of the amendment and unfortunately this was scuppered by two last minute developments.  Firstly, the Commons decided to send the Lobbying Bill back to the Lords, which lost a good hour and a half and secondly there was much debate on an extremely controversial sex education amendment which took a long time to debate.

In the event Lady Howe did not start speaking until 7.39 pm and the result of the vote came out one hour later.

A number of peers who know about these things tell me that, had the vote been earlier, the amendment would have been carried comfortably.  It is deeply frustrating that, at the end of the day this should come down to something as capricious as timing rather than the quality of arguments.

Although disappointing I feel that we should also take encouragement from the result.  In her summing up Lady Howe said:

“We have debated these issues on many occasions and need to come to some resolution. On that basis, I wish to test the opinion of the House.”

The closeness of the vote indeed shows the opinion of the House.  The peers who voted for the amendment included Labour, Conservative, Liberal Democrats and cross-benchers.  Clearly this is an issue which transcends party boundaries and shows the strength of feeling on this issue.  The government will have noted this and are likely to be watching very closely.  As one expert told me this week ‘it would only take another Tesco [which Mediawatch-UK recently discovered was not filtering content on their mobile service despite tacit assurances it was] and they would have to legislate’.

Thank you once again for your support which, had timings been different, would have carried the day.  All is not yet over and I look forward to being able to write to you with the good news of statutory protection in the not too distant future.
Posted by Mediawatch-UK at 02:57 No comments:

Have your say: a real chance to see real change

Last year the Government announced that it had worked with Internet Service Providers to come up with a voluntary industry agreement to protect children online.  It was a great step forward but it can only be really effective if accompanied by robust age-verification for users which is sadly lacking from the industry’s own proposals.

If we rely solely on a self-regulation we will have no long term security.  It may be that under intense political and media pressure today the industry will get its house in order, but where will we be in five, ten or twenty years’ time?  If it is true, as the Prime Minister has said, that ‘few things are more important than this,’ why is it that we have laws on myriad eventualities but nothing in relation to one of the most important areas currently affecting us and our children?

We believe that self-regulation is not a long term solution and that statutory backing is needed.  As you know, we have been supporting Baroness Howe’s Online Safety Bill, which had its second reading in the House of Lords at the end of last year.  The Bill, should it become law, would provide the statutory underpinning presently lacking.

However, Baroness Howe’s Bill is a private members bill and, although it received the overwhelming support of all the peers that attended its second reading, the passage of such bills is notoriously precarious unless they are allocated government time.

We are delighted to report that yesterday Baroness Howe put forward an amendment to the government’s Children and Families Bill with very similar clauses to her original Bill.  This is a wonderful opportunity to future-proof online child protection moving forward.

The Bill will be debated in the House of Lords on Tuesday 28th January.  We understand that the Labour Party will be supporting the amendment and, if the cross bench peers also supported it, there is a very good chance that it could become law.

If you agree that its time the law was used to protect children in the online environment as it is offline please email a cross bench peer and encourage them to attend The House on 28th January and support the Bill.

We have updated our campaign website, www.safeonline.org.uk, to enable you to do this quickly and easily.

Time is of the essence but this is such a wonderful opportunity to have a real influence we hope you won’t want to miss it.
Posted by Mediawatch-UK at 08:55 No comments: 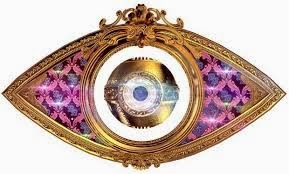 This week I have spent quite a bit of time fielding calls from journalists; most of them want to talk about two news stories which broke this week.

The first is news that the British Board of Film Classification has announced that, following public consultation, they will be making changes to their classification guidelines.  The positive changes include a tightening up of the language permitted in U certificate films. Greater weight will be given to the impact of tone and atmosphere in films issued with parental guidance (PG) and suitable for 12-year-olds and over (12A) certificates.  That is, regulators will take into account the impact of what the viewer thinks they have seen as well as what they have actually seen.

After asking the public, the BBFC decided that there will be more flexibility for strong language in films given a 15 certificate.  The BBFC’s accompanying report stated that there had been a softening of attitudes toward the most offensive words “especially among younger respondents” which begs the question has offensive language been normalised because it has become so ubiquitous?  The report stated that “by aged 15, most parents argued that it was ‘game over’ and they could no longer control their child’s viewing. Film classification was fairly low on the list of things to worry about regarding their child”.  How very sad!  With childhood being assaulted on so many fronts it is hard to protect young adults but that doesn’t mean that we shouldn’t try.

The report also revealed that sexualised content in some music videos and ease of accessibility to online pornography was also a public worry.  How extraordinary then that this report should be released on the very day that such content made its way to the small screen.

The second story which many journalists have called me about this week is what took place in the Celebrity Big Brother house on Sunday evening.  Although always provocative this series has been particularly notable for graphic sexual content and on Sunday it reached a new low.

The contestants were set the task of producing an 18 rated broadcast.  Housemates were provided with latex outfits and props reminiscent of a pornographic film and plied with alcohol to remove any inhibitions.  What ensued, in the words of one of the housemates, was ‘crudity and filth’.

The broadcast included simulated sexual acts and pole dancing with overtones of prostitution.  It is worth noting that in our society pole dancing is confined to licensed establishments operating adult only viewing, something which cannot be said to apply to Channel 5 at 9pm on a Sunday evening.  The end result was footage with the tone and spirit of a pornographic film.

We have written to Ofcom and asked them to investigate, setting out why we believe this programme to be in breach of the Broadcasting Code.  We have pointed out that extra care should have be taken because its 9pm slot, coupled with the large amount publicity it receives, makes it very likely to be viewed by a young audience.

We are also concerned that this extreme sexual material is easily available to children via Channel 5’s on-demand service.  These broadcasts have attracted much media attention and it likely that children’s interest will be piqued as a result.  All that stands between them and such content is a tick box confirming that the viewer is over 16.  This is not enough protection and, although a parental control service is available, to our knowledge it has never been advertised on screen so parents are only likely to know about it if they have accessed such a programme themselves.  This means that in practice this broadcast is easily accessible to the majority of children.

We have also written to the on-demand regulator, ATVOD, and asked them what can be done to protect children from such material.  ATVOD have done some great work in targeting websites offering pornographic content without robust age verification and although in the past they have not considered the sites of broadcasters to be hosting material which might ‘seriously mentally, physically or morally’ harm a child broadcasts like this show that this is an argument which is wearing pretty thin.

If you would like to have your say about this (or any other) broadcast you can do this via the regulators’ website Parentport.  So far Ofcom have received nearly 400 complaints about Celebrity Big Brother and I’m hoping that they will investigate and deal with the programme accordingly.

Let 2014 be the year in which Ofcom finally shows its teeth.