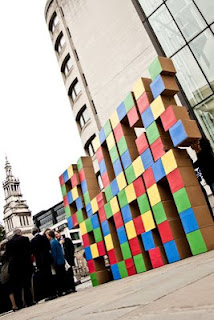 Last week’s report from the Parliamentary Inquiry into Online Child Protection has continued to dominate headlines this week.  The Mail and The Sun have supported the proposal to block online pornography as a default unless users specifically opt in but, predictably, the industry has not been supportive.

An executive from Google has attacked the proposal saying that parents are to blame if their children access pornography.  The Internet Service Providers Association said the opt-in proposal would impact freedom of speech and disingenuously Jim Killock of the Open Rights Group told BBC Breakfast that the measures proposed would make the internet a more dangerous place for children.

We don’t accept these arguments from any other kind of media where industry, government and consumers work together for the benefit of all.  Television has a watershed, films are age rated and satellite broadcasters must put adult material behind a pin-code protection system.

This is merely scaremongering from an industry which makes in excess of £3 billion a year from selling internet access services.  The industry needs to take some of the responsibility of keeping children safe online.  The technology to do this exists; schools already have sophisticated filters in place and one ISP now offers them as an option.

This week the Parliamentary Inquiry into Online Child Protection, to which we are delighted to have submitted evidence, reported its recommendations.  The cross-party group found that many children are easily accessing online pornography and this exposure is having a negative effect on them.  It concluded that Internet Service Providers and the Government need to do more to keep children safe online.

The group recommended a number of measures, including a call for a formal consultation on the institution of an opt-in filter which would mean that online adult and material is blocked at source as a default.

The Inquiry also recommended that public Wi-Fi access provision should have a default adult content bar and that single account network filters for domestic broadband customers that could provide one-click filtering for all devices connected to a home internet connection should be rolled out within 12 months.

The inquiry said that, whilst government regulation of the internet should “always be done with the lightest touch”, it should prepare backstop powers to intervene if the internet industry fails to do enough.

Responding to the report during Prime Minister’s Question Time David Cameron said: “As a parent and as a politician, I am keen that we should help to protect people from such material.”  He said that he had “got together” some companies to “look at offering a choice of blocking all adult and age-restricted content on their home internet”.

At the launch of this report it was stated that the ‘active-choice’ system, which will be rolled out in October and require all new internet customers to make a decision on whether or not they wish to activate filters, was unlikely to provide widespread protection across the UK until the end of this decade by which time a further generation of children will have been exposed to degrading and damaging material.  Speaking at the launch campaigner Miranda Suit pointed out that that no one knows the full extent of the harm this will cause children, “they are guinea pigs” she said.

Time is of the essence.  The conclusions of the report are already making waves around Westminster and the Internet industry.  It is vital that the measures recommended are instituted quickly to protect the next generation.  In the two years since Claire Perry’s debate calling for opt-in protection millions more children have been exposed to corrosive and damaging material online.  We cannot allow millions more to fall victim to this social experiment.

You can access the full report here.
Posted by Mediawatch-UK at 09:29 No comments: