Protecting children in a media-saturated world 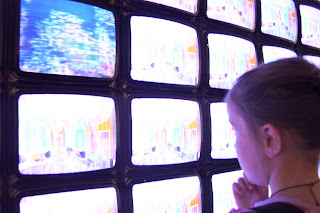 There has been a mixed reaction to last week’s news that Iceland is considering banning all online pornography.

Many people have welcomed the move, whilst others have expressed concern that it ‘smacks too much of Chinese-style censorship’ believing that adults should be able to choose to access explicit material.

What is clear is that a general consensus is building that children do need protecting from online adult content.  In the real world access to adult services – such as gambling, alcohol or tobacco – requires a robust proof of age and the same should be true in the virtual, online world.

A YouGov poll, commissioned for The Sun, found that, if the option were available, 57% of people would choose to block pornography from their internet connection.

Sadly these figures do not tally with what children themselves are saying.  Research carried out by the Safer Internet Centre found that, in the last year, 27% of 7-11s and 41% of 11-19s had seen ‘something unpleasant or hurtful’ on the internet.  We also know from other research that almost one in eight children has visited a pornographic website showing violent images and 27% of boys access pornography on a weekly basis.[1]

Clearly there is still a great need for education for parents.  Ofcom’s Media Literacy Audit revealed that, despite growing broadband take-up and a range of initiatives, there has been little improvement in UK adult or children’s levels of knowledge over the past few years.

If you are a parent or grandparent struggling to protect your children online – and the NSPCC tells us that the average child now has access to five internet-enabled gadgets – you can find sources of help and advice on our campaign website Safeonline.

You may also find the following helpful:

[1] Sources available at www.safeonline.org.uk
Posted by Mediawatch-UK at 07:23 No comments:

Iceland's solution to the menace of online pornography

This week Iceland announced radical proposals which could see it become the first Western democracy to block all internet pornography.


A law forbidding the printing and distribution of pornography is already in force in Iceland but, presently, it doesn’t cover on-line material.


Following a widespread investigation into the effects of pornography, which included evidence from teachers, law enforcers and organisations working with abused children, a strong cross-party consensus is building that violent pornography is damaging and must be controlled.


A number of methods to achieve a ban are under consideration including blocking access to pornographic websites and making it illegal to use Icelandic credit cards to access pay-per-view pornography.


Iceland’s approach has been called ‘progressive’; looking at pornography from the perspective of the harm it does to women and to children who are having their sexuality hijacked at a young age by brutal sexual imagery.


The measures for which we have been campaigning in the UK would see adult material blocked as a default although those wishing to access such material would be able to opt-in to do so.  The proposals being discussed in Iceland go much further and we await the outcome with interest.


In Iceland tackling the menace of internet pornography has become a cross-party issue.  We are hopeful that a similar political consensus will emerge in the UK.  Last week Labour frontbencher, Diana Abbott, spoke of our ‘increasingly pornified’ culture and David Cameron has said he finds the fact that children are able to access such material ‘utterly appalling’.
Posted by Mediawatch-UK at 09:18 No comments: