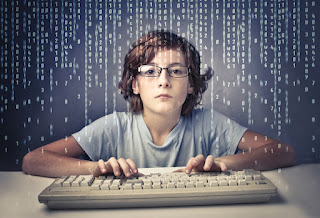 This week I attended an excellent conference in parliament which examined the effect of pornography on the adolescent brain.

We learned that the arousal and reward areas of the brain develop before the area which governs context which means that early exposure to pornography exploits the developmentally compromised brain.

It is, quite literally, a violation of the childhood mind.

It is also a violation of the concept of consent; for over 80% of young people their first exposure to pornography is unintentional and memories of these first exposures are usually vivid and typically have negative emotional associations.

Children’s access to pornography is, in effect, an on-going experiment.  However, the latest research shows that the greater the exposure to sexually explicit material the greater likelihood of developing poor self confidence, depression, social isolation and maladjustment and decreased bonding with parents and caregivers.

It is quite clear that the huge benefits of the technological revolution have come at a cost.  We have to find a solution in order to protect generations to come.

She is quite right that there is clearly a great need to inform parents how harmful some internet content can be and to show them how best to protect their children.  However, Ofcom’s research shows us that almost half of parents do not currently use a filter for websites which means that millions of children remain at risk from potentially harmful online content.  We must act now in order to protect them.

Google makes a huge amount of money from online pornography – their head of public policy said that she had ‘no idea’ exactly how much  - so it is hardly surprising that they should resist measures to restrict access to it.

Why should the internet industry uniquely rest outside regulation?  Protecting children must be our first priority. 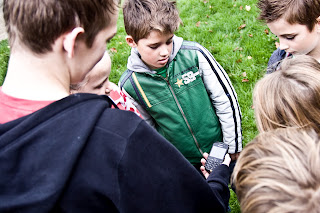 In 2004, the UK's mobile operators, under the auspices of the Mobile Broadband Group, published a code of practice about how to offer a safe browsing experience for children.   The result was that filters were automatically put on all pay-as-you-go handsets, regardless of the age of the user. In order to remove the filters, users needed either to ring up customer services or go into a mobile shop with proof of age.

At that time, few children accessed the internet via mobiles; today however, one in five children now own smartphones.

This responsible and far-sighted measure has helped to protect many children from potentially harmful content.   However, it was attacked this week by the Open Rights Group which published a report in which it found that 60 websites, including political commentaries and personal blogs, were incorrectly blocked by mobile filters designed to prevent children viewing adult content.

The group said the filters were ‘censoring’ normal web content.

In response the Mobile Broadband Group, denied this.  The group’s chairman said: "Even allowing for the ORG missing a few, 60 misclassified websites does not amount to anything that could reasonably be described as 'censorship', particularly when mobile operators are happy to remove the filters when customers show they are over 18 and will re-classify websites when misclassifications are pointed out to them….  this is how the small handful of websites that get referred to mobile operators each year are already dealt with".

Referencing their research the Open Rights Group has called on the government to reject automatic network filtering and instead give parents the option of whether they want such filters turned on.

The group claims that default block can have ‘harmful’ consequences for everyone.  We would argue that the consequences of children accessing adult material are far more harmful linked as they are to an increased risk of depression, self-esteem and identity disorders, premature sexual activity, sexually transmitted diseases, reduced educational attainment and success, constrained and stereotypical ideas about gender roles and negative consequences for cognitive, physical and psychological health.

There is no magic bullet; no filter system will be 100% effective and 100% error free but we believe that blocking adult material as a default measure remains the best way to protect children from harmful content.

The United Nations Convention on the Rights of the Child, to which the UK is a signatory, states that ‘In all actions concerning children, whether undertaken by public or private social welfare institutions, courts of law, administrative authorities or legislative bodies, the best interests of the child shall be a primary consideration.’

The rights of children to a safe and healthy media environment must be taken seriously.

NB: If you are a parent it’s worth noting that this only applies to pay-as-you go phones; with contract phones users have to ask for filters to be installed.  This should always be done as a matter or course because the automatic filters installed on phones can be got around by using a wi-fi connection to access the internet rather than the phone specific 3G signal.
Posted by Mediawatch-UK at 07:56 No comments:

Children's rights are just as important as those of big business 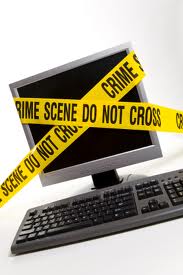 Last week the High Court ruled that Internet Service Providers must block access to the file-sharing website The Pirate Bay.

ISPs had previously resisted calls to block the site but following this ruling they have said that they will comply.

However, the block has only come about because of an expensive court case brought by the British Phonographic Industry.  Big businesses can afford to enforce their rights through the courts but parents and children do not have this option.

Which powerful corporations are fighting to protect the interests of the victims of the ‘free and open’ internet that enables children to have pornography streamed into their bedrooms?

These are the interests which need real protection.  Children’s rights are just as important as those of big business and it is time for industry which makes more that £3 billion a year from selling internet access to take part of the responsibility for protecting children online.  If the industry will not do this then the Government must legislate; our children deserve adequate protection.

No further details of the promised consultation into protecting children from harmful online material have emerged this week.  As soon as they do, we will let you know.
Posted by Mediawatch-UK at 08:49 No comments: 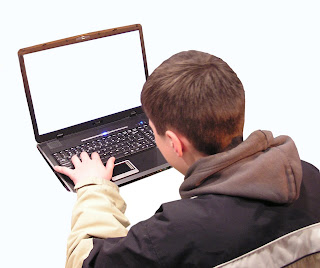 Excellent news emerged from Downing Street this morning; the government is to begin a consultation into the best way to protect children from harmful online material.

This is a significant step in the right direction but it is important that we are not left with a compromise which fails to adequately protect children.  A default block on adult websites remains the clearest and most effective way of protecting children from harmful online content.

The UK has led the world in tackling online child abuse with the creation of The Internet Watch Foundation and the Child Exploitation and Online Protection Centre.  This is another opportunity for the country to show the world how seriously the UK takes the protection of children online.

As soon as we have further details of the consultation we will update you so that you can have your say on this vital issue.

Further positive news emerged from Brussels today.  In a draft series of proposals put forward to make the internet a safer place for children, an age-based authentication system that limits where children can visit online is suggested.  In the draft proposal the European Commission warns that neglecting protections for children could have a ‘profound impact’ on European societies.  More details of the proposed scheme are due for publication on 30th May, as ever we will keep you updated.

Posted by Mediawatch-UK at 09:01 No comments: