Our voice is heard 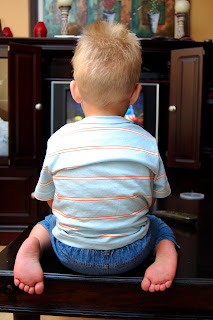 An important part of the work we do at Mediawatch-UK is alerting broadcasters when their output is questionable and has fallen short of the standards set out in the Broadcasting Code and the BBC’s Editorial Guidelines.

This can often be a frustrating process but it is vital because if we do nothing our silence condones that which is broadcast.  Happily our views are being noted.

Before Easter we wrote to the BBC about their Red Nose Day broadcast.  Although fully supportive of the aims of the broadcast we emphasised extra care should have been exercised over the inclusion of some of the items shown before the watershed.

We pointed out that because Red Nose Day is heavily promoted in primary schools, an associated broadcast is very likely to be watched by younger children.  Many schools encourage pupils to raise money for Comic Relief which means children identify with the brand making them more likely to want to watch a related broadcast.  The BBC Editorial Guidelines state that ‘programme makers and schedulers should also take into account the nature of the channel and viewer expectations’; on this occasion we did not feel that the strong likelihood of a younger than usual audience was taken into account.

Of particular concern was a sketch featuring Rowan Atkinson as the Archbishop of Canterbury.  The sketch was broadcast pre-watershed but contained strong language.  Our complaint was not the only one and we understand that over 2,000 people also expressed their concern.

The BBC responded to our criticism: ‘as a direct result of viewer feedback we took a swift decision to remove this from BBC iPlayer’.

It is heartening to know that our views are
being listened to and action is being taken.

If you see anything which you consider unacceptable may I urge you to make your views known.  Our new improved website has all the emails, addresses and numbers you need to get in touch and an updated directory including this information was sent out to you with the Spring 2013 newsletter.  If you are not sure who to contact you can use the new website Parentport (you don’t have to be a parent!) which is a one-stop-shop to make your views known about anything you have heard or seen.
Posted by Mediawatch-UK at 08:05 21 comments: