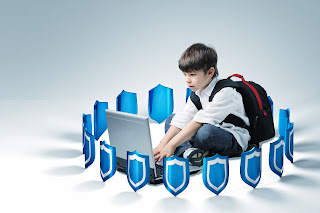 There is good news this week!  On Friday Baroness Howe’s Online Safety Bill passed its Committee Stage in the House of Lords.  Although this is the fifth Online Safety Bill which Baroness Howe has brought before the House it is the first time it has passed through its Committee Stage, which involves a detailed line by line examination.  The next milestone will be the Report Stage which is a further opportunity for peers to examine and propose amendments to the Bill.

Referencing Lady Howe’s dogged efforts over the last five years to bring an Online Safety Bill onto the statute books Lord Framlingham asked “how many young children have had their lives really altered for the worse in those five years simply because we in both Houses of Parliament have not managed to give them the protection they deserve?”  His sentiments were echoed by Lord Stevenson who wished the Bill well and hoped this would finally be the occasion on which progress would be made.

Sadly the Government continued to oppose the Bill although the Minister acknowledged that many of its elements were “well thought-out and well intentioned”.  She promised that they would “be taken on board in the resulting legislative approach that we take in the New Year.”  Such legislation is necessary because new measures governing net neutrality passed in Brussels earlier this year mean that the current voluntary approach of ISPs to filtering will no longer be permissible.

The Minister said that the Government’s remained “absolutely committed to the protection of children online” and she confirmed that a consultation, in line with the Conservative’s manifesto commitment, on how best to implement age verification checks for those wishing to access pornographic websites will take “shortly after the new year”.

The Minister finished by reiterating her promise that “there can be no higher priority than keeping children safe online”.

These positive developments come just a month after the House of Lords debated the impact of pornography on society.  Baroness Howe has been determined and bold in her efforts to protect children online and we wish her well as her Bill moves into its Report Stage.

Posted by Mediawatch-UK at 08:58 No comments: