Looking back at 2013 I think we can be very proud of what has been achieved and I’d like to thank you very much for your continued support which stimulated such positive change.

In July the Prime Minister announced in a landmark speech that every household in the UK is to have pornography filtered by their internet provider as a default unless they choose to opt-in to receive it.  This is a hugely encouraging development but we remain convinced that the best approach to ensure these pledges are actually delivered on is by changing the law.  This is why we are continuing to work in support of Baroness Howe’s Online Safety Bill (which recently had its second reading with overwhelming support) which would make this a reality.

Also this summer, as a result of pressure from the public and organisations including Mediawatch, the Co-op took the brave decision to no longer stock publications with sexually provocative covers unless they were supplied in modesty bags by their publishers.  The store admitted it would lose money as a result of the move but it decided to put its customers’ concerns before profit.

2014 will be landmark year for Mediawatch-UK.  It will be 50 years since Mary Whitehouse issued her call to arms at Birmingham Town hall in 1964 and we will be marking the occasion with a series of initiatives.  As you can see we are adopting a new logo for our anniversary year which we hope will remind people of our longevity and the continued support for our campaign.

Beginning on 1st January we will be tweeting a quote from Mary Whitehouse’s writing every other day.  It is ironic that much of what we know about her views has come to us filtered by the media itself. This will be an opportunity to hear Mary Whitehouse in her own words taken from the books she wrote during her lifetime.  I think many people will find it quite surprising.

We hope that you have a Happy Christmas and a Peaceful New Year. 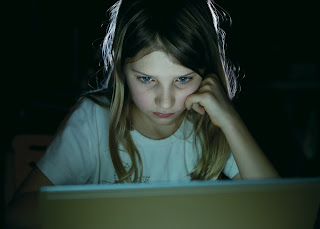 This week it emerged that pornographic channels were available for viewing on televisions at Birmingham Children’s Hospital.  The televisions were showing Freeview Channels including the adult rated Babestation.  The situation only came to light when a father who had spent the night on a ward with his sick child found what was available and complained to the hospital.

The hospital swiftly blocked the channels when alerted to their availability and expressed their thanks to the family who discovered the problem.

Earlier this year we found a similar situation existed in Youth Hostels across the country with pornographic material freely available on television in bedrooms and public areas.  When we pointed this out the Youth Hostel Association thanked us for alerting them and acted quickly to block these channels but, once again, it took a concerned member of the public to raise the alarm before the channels were removed.

As we reported last week, it was our research which found that Tesco had misled the Prime Minister by failing to set filters on their mobile phones and thereby making pornography freely available to all their customers.  Baroness Howe drew heavily on our research when she broke this news in the House of Lords.

The Minister thanked us for bringing the situation to light and sought assurances from Tesco Mobile that situation would be rectified.

It is shameful that these issues only came light as a result of Mediawatch and members of the public sounding the alarm.  It should not be up to us or consumers to blow the whistle on breaches like this.  Why is there no ‘official’ body testing the veracity of statements that companies make.  There is clearly an urgent need for such a safeguard.

These three instances illustrate just how important it is for us all to highlight concerns when we find such breaches.  If you come across such egregious violations please do let us know so that we can take them up on your behalf.

Baroness Howe’s revelations led to considerable media interest to which Tesco responded with a statement that they ‘currently direct our customers to our free parental controls service which provides robust content management and this service can be switched on at any time’.  This is quite extraordinary because this is not what happened to our tester when we conducted our research.

At the point of purchase she asked for all adult content to be removed from internet access on all the phones. The salesman agreed and proceeded with the sale.  After discovering that by typing ‘porn’ into the mobile browser gave access to unfiltered content she contacted Customer Services at Tesco Mobile and was initially told that they would ‘set the block’ and, when a subsequent test revealed that pornography was still available on the browser, she was told that a block was in place but it wasn’t very good and Tesco had no plans to make their system more robust.

Interestingly, when one of our number was talking to the Minister following the House of Lords debate he seemed to think that Tesco did not realise that filters were not on and that the whole thing was an accident which is quite extraordinary.  We have passed on details of our research to disabuse him of this notion.

We will continue to press for legislation to back up voluntary industry agreements and to put robust age verification processes in place.  It is clear that these measures are urgently needed so that big business takes its responsibility to children seriously.
Posted by Mediawatch-UK at 08:24 No comments: